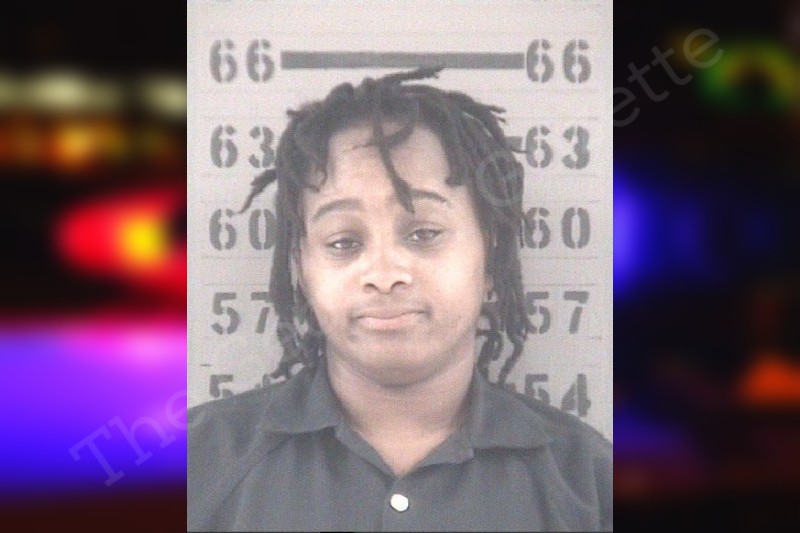 [VICTIM #2] stated this is not the first incident with Motley. [VICTIM #2] advised that she has an active aggravated stalking case with Motley due to her violating a restraining order (case number 22-013799). Due to the fact of the active restraining order, I advised [VICTIM #2] and [VICTIM #1] to leave the residence and go back to [500 BLOCK] Don Cutler Sr Dr so there would be no chance of an altercation.

Once [VICTIM #1] and [VICTIM #2] left the area I made contact at the front door of Apt [REDACTED]. A female subject answered the door. I asked for Motley to step out. Motley came from the kitchen area and went to the rear of patrol unit 18-113. I asked Motley what happened on the night of 10-19-2022. She stated she did not shoot at anyone or own a gun. She and her sister that she was on the phone with began asking if any shell casing where found at the scene.

I asked Motley how she knew about the shooting incident before I told her what was going on. She stated she heard about what happened. Motley stated she doesn’t own a gun so it could not have possibly been her that shot the apartment. I asked Motley where she was at on the night of 10-19-2022. Motley stated she was at [600 BLOCK] Swift Apartment [REDACTED] all night drinking and partying. Motley denied going to [500 BLOCK] Don Cutler Sr Dr. Motley did not answer any further questions.

I radioed 219, Sgt N Price and advised him that I was out with a suspect from an aggravated stalking case and aggravated assault case. Motley was detained and transported to the LEC by Cpl Keith (see supplement to case #22-013799). I responded to the incident location, [500 BLOCK] Don Cutler Sr Dr Apt [REDACTED].

On scene I observed small bullet in the wall just west of the door. I entered the residence and observed an exit hole on the other side of the wall. I examined the stair well and noticed the bullet that came through the wall had also gone into the stair well, 5th stair. I was unable to retrieve the fired projectile from the stair well. I went to the parking lot in front of apartment [REDACTED] where [VICTIM #2]’s vehicle was sitting. Next to the vehicle I observed an aluminum 9mm shell casing. I photographed the damage to the residence and recovered the shell casing.

I checked the area for cameras. I made contact with three residents that live across from Apt [REDACTED] that had cameras. Only one of the cameras was working during the time frame of the incident. The resident reviewed her footage on her camera and did not observe incident or any vehicles firing into apartment [REDACTED]. Two of the residents stated they heard a single gunshot at around 2230 hrs and 2300 hrs. They advised a maroon Dodge Challenger sped from the area after the gun shot was fired. The residents had no further information. They asked to remain anonymous.

I did not see a marron Dodge Challenger at [600 BLOCK] Swift Ave. [VICTIM #2] did state however, Motley’s cousin drives a marron Dodge Challenger. I made contact at the front office of the complex in reference to cameras. The manager stated they had several cameras at the location. She advised the system has been down for several days. She attempted to check the cameras, but the system advised there was an error. The manager stated she would try to get the system to work and see if there might be any footage from 10-19-2022.

I responded to the LEC to log in the evidence collected from the scene. The evidence was packaged and an evidence voucher was completed and sent to property management. This incident is captured on my body worn camera as well as my car camera. This case has been labeled as aggravated assault and has been handed over to investigations.