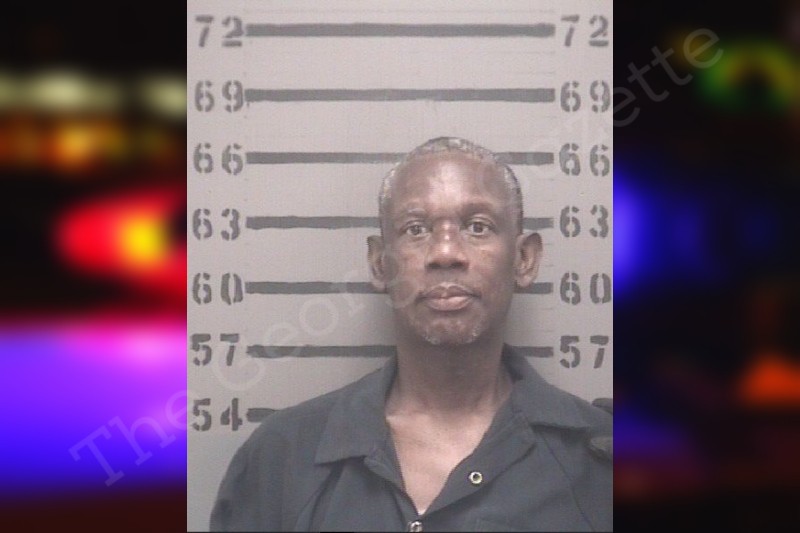 Upon my arrival, I observed the Jeep in the yard with the headlights and tail lights activated. I then made contact with the driver of the vehicle. I observed the driver (MC Mays) to appear to be asleep at the wheel I then knocked on the window and Mays woke up. I then asked him to roll the window down and Mays opened the door. I then could smell the odor of an alcoholic beverage coming from the vehicle.

I then observed grey paint transfer on the Lincoln’s passenger side doors. I then observed red paint transfer on the driver side headlight and front panel of the Jeep. I then searched Mays vehicle for any source of intoxicant and observed in the passenger side floor board a green bottle of Tanqueray Imported Gin (Alcoholic Beverage of a 47.3% Alcohol by volume). I observe that the seal was broken and some of the contents were missing.

Pictures were taken of the two vehicles and the bottle of alcohol. I then read Mays implied consent to which he stated that he would like a breath test. I then transported Mays to the Dougherty County Jail. While inside intake Mays urinated on himself again without notifying anyone. Deputy S. Wakefield then had Mays use the Intoxilyser 9000. Deputy Wakefield stated that in two test May had a blood alcohol level of .235.

I then transported Mays to Phoebe main for medical clearance. Once the nursing staff released Mays he was then transported back to the Dougherty County Jail. Once we were in the sally port again Mays urinated one more time on himself. Custody was then released to the intake staff. I then searched the rear of my patrol vehicle (19-067) for any weapons or contraband and yielded negative results.

This case is cleared by arrest.