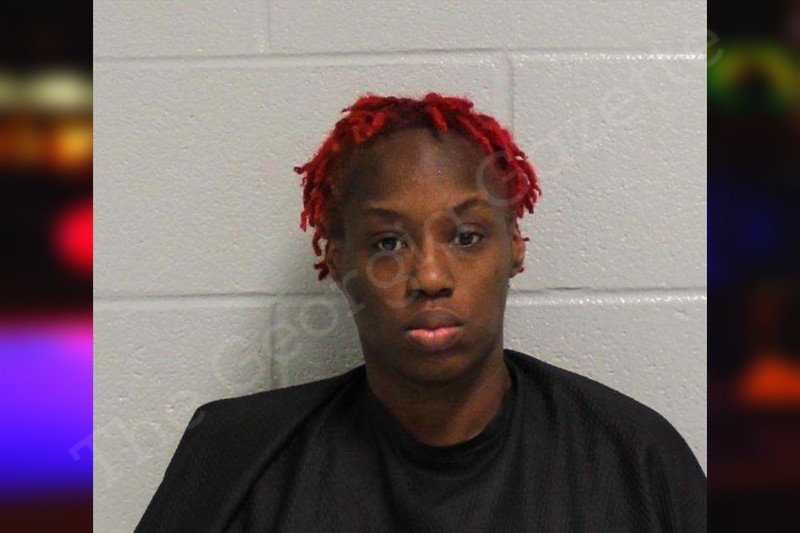 Warning: The following story contains information regarding violence against children.

Carroll County (September 23, 2022) – A Carrollton mother, Kimberly Martin, was arrested for child cruelty for whipping her ten-year-old son with an extension cord after he peed in his pants, leaving visible welts and bruises on his legs.

On September 27th, police received a DFACS intake report concerning a child who had sustained numerous injuries at the hands of his mother. The DFACS worker advised the officer that she had seen the child the day before and taken photographs of his injuries to include in the file.

Officer Wilson called Martin to speak with her about the allegations. Martin admitted that she did whip her son because he had peed on himself three times and had not showered. He also hid his dirty clothes in his closet. She admitted to using a thin, white extension cord during the incident.

The victim had additional injuries on his ears which Martin stated were not caused by her. She says they were carpet burns from squirming on his back on the floor, trying to get away from her while she was attempting to whip him.

Martin said that her son gets away with many things and does not get spankings often. She acknowledged seeing the injuries on his stomach and legs but said she did not hit him a lot because she was recovering from surgery. She claimed she only hit him seven times. During the incident, she was out of breath and hurting.

During the conversation, Martin blamed some injuries on the child playing outside. She said her son would not stay still and was running from her as she was swinging at him. She said the child crossed the bed in an attempt to hide from her.

Martin caught up to him, grabbed him by one arm, and hit him with the extension cord again. She stated that the injuries on his ears did not look like the bruises on his legs and proved that she did not hit him in the face or head.

Due to the statements made by Martin, she was arrested and charged with cruelty to children in the first degree, causing excessive physical or mental pain. The criminal case is currently pending in court.

I received a DFACS intake report claiming that Kimberly Martin spanked her ten-year-old son, Redacted, with an extension cord, leaving bruises and welts on his legs. This incident supposedly happened on 09/23/22. On 09/27/22, I learned that [REDACTED] from DFACS visited Redacted on 09/26/22. She took some photos of Redacted injuries. These photos are included in this report as a linked file.

On 09/27/22, I spoke with Kimberly Martin by phone. I told her that I wanted to speak with her about her son, Redacted . She told me that Redacted peed on himself three times and didn’t take a shower. He then hid his clothes in the closet. She whipped him because he peed on himself. She claimed that he got the places on his ear from carpet burns. She told me that Redacted gets away with a lot of stuff and they don’t get spankings that often.

She saw the injuries on his stomach and legs yesterday. She claimed that she didn’t hit Redacted a lot because she just had surgery. She was out of breath and hurting. She hit him with the cord seven times. She also said that he plays outside and sometimes gets injuries to his legs. She whipped him last Thursday and that is why you can still see the injuries.

I then asked Kimberly to tell me the position Redacted was in when he got his whipping. She said that he was running and sliding across the carpet trying to get away from her. He went from being on the side of the bed to the other side of the bed. He was everywhere. She was swinging at Redacted and he wasn’t getting hit because he was running from her. She grabbed him by one arm because she couldn’t hit him. She hit him with a thin white extension cord.

I then asked Kimberly to tell me how Redacted got the injuries on his ears. She said Redacted was squirming around on his back. Kimberly then said that you can tell the ones on his ears don’t look like the bruises on his legs. That’s how you know that he didn’t get hit in the face or head. Redacted had to be pulled from the side of the bed and he was squirming around the entire time he was getting a whipping.

This is essentially my conversation with Kimberly. This phone call is included in this report as a linked file.