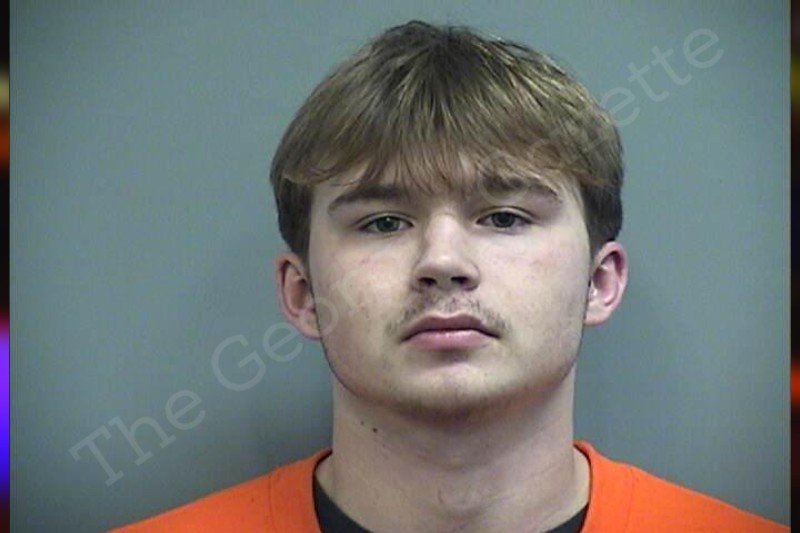 Effingham County (January 3, 2023) – After a sheriff’s deputy attempted to conduct a traffic stop on a vehicle for excessive speeding, a high-speed chase ensued that wound through the city and resulted in the suspect losing control of the vehicle and crashing into a ditch. During the accident, his three juvenile passengers sustained head and neck lacerations from their seatbelts.

While running radar on US HWY 80, an officer observed a 2008 Infiniti speeding at 95 mph in a 45-mph zone. The officer began following the vehicle as it passed a pickup truck and pulled into SRM Concrete. When the officer pulled into the parking lot and activated his lights, the suspect drove between the officer’s vehicle and the tree line and exited on HWY 80, traveling east.

The officer notified Bloomingdale Police of the fleeing vehicle headed their way and continued to chase him. They reached speeds of over 130 mph, and as they approached the intersection of Noel C Conaway Road, the suspect began flashing his headlights on and off.

As the officer slowed down for the roundabout on Blue Jay Road, he saw the Infiniti lose control and land in a steep ditch on the northeast side of the road. After alerting dispatch about the crash, he pulled into the Dollar General parking lot and exited his vehicle. He witnessed the suspect, Allen Kicklighter running across HWY 17 toward the BP gas station.

The officer relayed his description of Kicklighter over the radio and proceeded to check on the three injured juveniles attempting to climb up the embankment. He provided aid and requested EMS. The juveniles explained that Kicklighter was the driver. They contacted their parents to meet them at the scene.

The owner of the Infiniti was notified, and she explained that she had let Kicklighter, a family friend, borrow the car for the evening. After checking the surrounding area, the suspect could not be found. Authorities notified his parents and issued warrants for his arrest.

Kicklighter was later charged with fleeing or attempting to elude a police officer-felony, speeding, willful obstruction of law enforcement officers-misdemeanor, and three counts of reckless conduct. This case is currently pending in court.

I activated my RADAR unit and checked the vehicles speed at 95 MPH in a 45 MPH zone. I pulled out and attempted to catch up to the vehicle. As I began gaining ground on the vehicle, it passed a pick up truck and turned into SRM Concrete at 1955 HWY 80. As I pulled in, the vehicle was blacked out and stopped next to the tree line. I pulled up and activated my lights. The vehicle drove between my vehicle and the tree line. I observed four occupants in the vehicle with a white male driver. They exited traveling east on HWY 80 at a high rate of speed. I notified dispatch that I had a vehicle fleeing and gave chase.

I immediately told dispatch of the accident. I pulled into the Dollar General parking lot to gain better access to the vehicle. As I exited my car, I observed the driver, white male, black tank top, and light color pants running across HWY 17 toward the BP gas station. I gave the description over the radio and turned my attention back to the vehicle. I observed three juvenile males attempting to get up the embankment and appeared injured. I went to aid the juveniles and directed responding deputies to the last known location of the driver.

I gave dispatch the tag for the 2008 Infiniti G35, GA: [REDACTED], and requested a phone number for the owner. The owner, [REDACTED], was contacted and advised of the situation. She was asked who had her vehicle. She stated she allowed [REDACTED BY AGENCY] to take the car for the evening. When asked what their relationship was, she stated that he was a family friend.

After a check of the area, Kicklighter could not be located. Kicklighter’s parents were contacted and advised of the situation. All juveniles were released to their parents and denied transport by EMS. Bashlors towing responded to the scene and removed the vehicle.

Warrants were issued for Kicklighter.