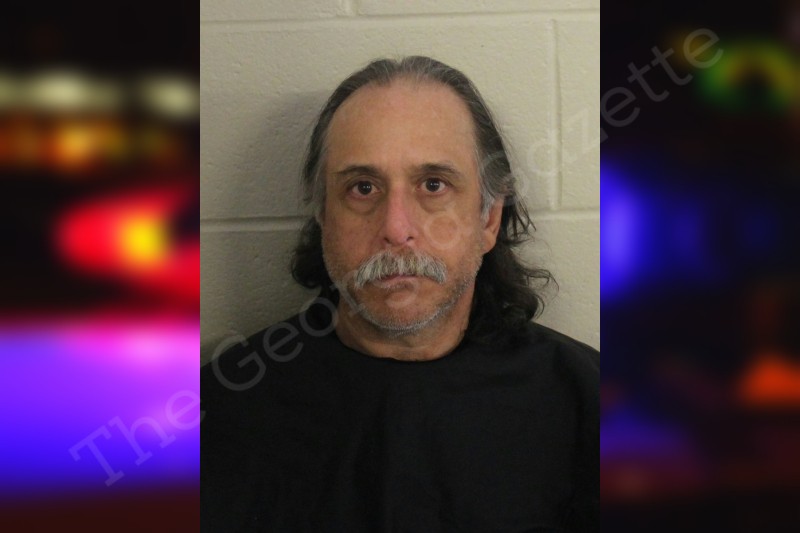 On the above date and time, I, PFC Dollar, responded with Officer Surrett to [200 BLOCK] Margo Trl. in reference to a male and female outside arguing and throwing things.

I advised the subjects, later identified as John Gazerro (Offender) and Deborah Walk (Victim/Offender), that a 911 call complaint was that they were arguing. John stated that they did get loud. At this time it was apparent that alcoholic beverages had been recently consumed due to the odor dissipating from John.

I spoke to Deborah alone while Officer Surrett spoke with John. I could smell the odor of an alcoholic beverage dissipating from Deborah as well while speaking with her. Deborah began explaining reasons why John and her were arguing. Deborah did advise me that John has been abusive with her in the past, and that there was possibly a conditional bond between them.

I checked with dispatch to verify a conditional bond. Dispatch contacted the jail and did advise me that there is currently one stating that John is to stay away from Deborah. It should be noted that Deborah informed me that John earlier advised her that the conditional bond had been dropped, so Deborah was under the impression there was no active conditional bond.

Deborah informed me that John made some threats toward her recently while they have been in the driveway over the fact that Deborah poured out the rest of the alcohol. I asked Deborah if there was anything illegal in the vehicle due to John’s behavior upon me arriving. Deborah just stated for me to go take a look. I observed a black pocket book on the ground near the rear right tire. I asked Deborah if that was hers and she stated it was.

I did take a look around the vehicle, as well as checking in the windows for anything that could have been in plain sight. All I observed was a large bottle of some type of alcohol under the passenger seat halfway sticking out. I also observed poured out alcohol next to the passenger side of the vehicle. This is where Deborah stated she had poured it out.

I did speak with John. I asked if there were any threats made tonight and he stated no. I asked what the plan was and he stated that she did not want him driving due to the alcohol. I asked John again why he dove back in the car and he stated he was getting in the car anyways. I instructed John to turn around and place his hands behind his back. I placed John in handcuffs and detained him for the current moment for further investigation. I informed John that he was only being detained at the moment, but did advise him of his Miranda Rights. John never stated yes or no as far as speaking with me.

I asked Deborah for consent to search her pocket book. Deborah gave me consent. I placed her pocket book on the trunk of the red vehicle with Deborah next to me. Deborah immediately advised me that the red wallet is her cousin’s ([VICTIM #1]). I asked Deborah if the pill bottle was her prescription and she stated no. I did look into the pill bottle and observed multiple different pills. I asked Deborah why she has her cousin’s medicine and she stated “uh” a few times and finally advised me it was prozac.

I asked if she was prescribed prozac and she stated no. I located some orange capsules in the pocket book that were identified as Gabapentin. Deborah stated she did not know what they were and began stating that John was around her pocket book and that he does drugs. I took the pill bottle along with the orange capsules and placed them on the hood of my patrol vehicle.

Officer Surrett searched John and placed him in the backseat of my patrol vehicle. I began identifying the various pills. There was a white oval pill stamped “TV 58.” These were identified as Tramodol which is a schedule IV controlled substance. After identifying the pills I placed all of John’s items in a ziploc bag and placed the bag in my front seat. Officer Surrett and I made contact back with Deborah. I retrieved [DEBORAH]’s license and gave dispatch her information.

Officer Surrett and I assisted Deborah from the ground. I did observe Deborah to have a bleeding wound below her chin. I requested EMS to come check her wound. I walked Deborah to the front of my patrol vehicle where I completed a search of her person. I advised Deborah of her Miranda Rights to which she initially refused to speak with offcers. Deborah eventually agreed to speak with us and was apologetic for resisting commands.

EMS arrived on scene. I took pictures of Deborah’s wound before they cleaned it up. EMS stated it was a small wound. I also took a picture after EMS cleaned the wound. These pictures are included in the report. Due to Deborah stating she wanted to die, she advised she wanted to go to the hospital still. I placed Deborah in the backseat of my patrol vehicle after intially she was placed in Officer Surrett’s. John was moved to Officer Surrett’s vehicle. Officer Surrett transported John to the Floyd County Jail for me and I transported Deborah to Floyd Hospital.

Doctors placed a 10-13 mental evaluation hold on Deborah and otherwise cleared her for jail. I transported Deborah to Floyd County Jail where she was booked. While booking Deborah into the jail, Officer Crook located 16 1/2 white pills stamped “RP 7.5 325.” These were located in the red wallet loose. These pills were identified as Oxycodone. The Gabapentin and prozac (Fluoxetine) has been returned to [VICTIM #1]. The wallet has also been returned to [VICTIM #1].

I asked [VICTIM #1] if she was prescribed Tramadol and she stated no, that John must have given those to Deborah. I asked [VICTIM #1] if she was prescribed Oxycodone and she stated she was, but did not have any and that the Oxycodone found with Deborah must have also came from John. [VICTIM #1] informed me that Deborah advised her this morning that Saturday night while Deborah was at her house, she had John come get her and John entered into [VICTIM #1]’s vehicle without consent and stole her wallet before leaving with Deborah.

I asked [VICTIM #1] if she wished to press charges against John and Deborah for the theft and she stated yes. [VICTIM #1] informed me that she would keep her medicine locked away in a safe. I re-located to the Floyd County Jail where Deborah gave jail staff permission to get [VICTIM #1]’s wallet out of her property. [VICTIM #1] was waiting in the jail lobby. I returned the wallet to [VICTIM #1]. I also added the charges of entering auto and theft by taking to John. I added theft by receiving stolen property to Deborah since she knew John stole [VICTIM #1]’s wallet which she possessed.

On the above date and time PFC. Dollar and I responded to [200 BLOCK] Margo Trail in regards to a possible domestic.

Upon arrival John and Deborah were both sitting in John’s vehicle located in the drive way. While PFC. Dollar made contact with Deborah I spoke with John. While speaking with John he advised they had gotten into an argument because Deborah had believed he had cheated on her. John advised they had both been drinking but nothing got physical between the two. While speaking with John and Deborah dispatched advised there was a conditional bond between the two.

PFC. Dollar then placed John into handcuffs and detained him. After further investigation PFC. Dollar advised John he was under arrest and he was placed into the back of the patrol car.

PFC. Dollar advised me that while searching Debora’s belongings she was in possession of a controlled substance and it was not located in the correct pill bottle. While speaking with Debora I advised her to place her hands behind her back and upon doing so she resisted arrest. I advised Debora to stop resisting and she stated she was not going to jail.

PFC. Dollar gained control of one arm while I gained control of the other arm and we escorted Deborah to the ground to get handcuffs on her. While escorting Debora to the ground she advised her chin was broken. After gaining control and placing her into handcuffs Deborah advised she wanted EMS. After EMS arrived on scene PFC. Dollar escorted Deborah to Floyd hospital while I escorted John to the Floyd county jail.