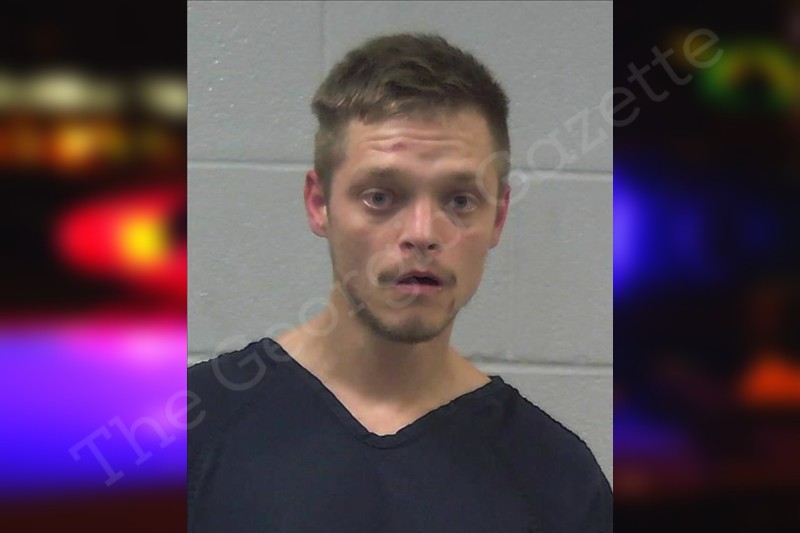 OBSTRUCTION OF AN OFFICER (MISDEMEANOR)

On November 27, 2022 at approximately 12:45am I, Deputy J. Parks 521 assigned to the Gilmer county Sheriff’s Office was dispatched to a call in-reference to someone entering a camper and attacking the individual inside. I responded Code 3 Emergency (lights and sirens activated) in patrol unit 117. In car audio and video were activated.

When I arrived on scene, I could see the caller Mr. [VICTIM #1] standing down a long driveway a couple of hundred yards off of Roundtop Road. As I made my way down the driveway, I could see a red cattle gate that had been left open. When I made contact with [VICTIM #1], he was standing beside his camper that he lives in. [VICTIM #1] asked me to come around to the front of his camper so he could sit down.

When I walked around [VICTIM #1]’s camper I observed his left eye/temple area extremely swollen, his right ear was bleeding, a large gash in the back of his head, and dried blood all over his head. I asked him what happened and he stated two people opened the gate at the end of the driveway and come down to his camper. He stated when they got there he was inside his camper with the door closed and they broke inside and attacked him. He said he got into the fetal position in the floor and covered his head. He stated they started stomping and kicking his head with steel toe boots. He stated they also stomped his chest.

He said when they left his camper, they took his two TV’s and threw them out on the ground in the rain. [VICTIM #1] was complaining of chest pains and not being able to breathe. Sgt. Camp 516 had dispatch get EMS en-route. While waiting on EMS to get there, Sgt. Camp and I took pictures of his injuries. When taking the pictures of [VICTIM #1]’s injuries he raised his shirt up and there were what appeared to be boot prints on his upper right chest that we also took pictures of.

I then asked [VICTIM #1] if he knew the people who had attacked him. He stated the two individuals were a Mr. Austin Potts and a Mr. Brady Jenkins. I asked [VICTIM #1] if he was sure it was them; he then he pointed at a piece of PVC pipe on the ground and said “as sure as I am that’s PVC pipe”. I asked him why they had attacked him and he said they were telling him on the phone a Mr. [REDACTED] had done something to a Ms. [REDACTED], who is Austin’s sister.

When we left the residence we went to some residences we knew Brady and Austin visited a lot in the area. I advised Dispatch via cell phone, what we were doing because we knew the residences they would be at had police scanners. The first residence we went to; we didn’t see the car so we went to the other residence on County Road [200 BLOCK]. We were not able to find the car at the second residence so we decided to go up Ravencliff Road, because we knew they frequented that area. We went to a gate where we could see fresh tire tracks in the mud, but didn’t make contact with anyone.

As I was backing out to Ravencliff Road, I saw a car that matched the description of the car Austin drives. When the car went by me I could hear it accelerate. By the time I got backed out onto Ravencliff Road the car was too far away and moving at too high of a speed for me to catch up to it. Sgt. Camp and I patrolled the area looking for the car, but couldn’t find it. We then decided to go back to Roundtop Road to see if they might have gone back to the other residence.

I had just turned onto Old Roundtop Road, so I put my car in reverse because I was going to try to get behind the car. When the car came by me it accelerated and took off at a high rate of speed. I then radioed Sgt. Camp and advise him they were coming towards Knight Road at a high rate of speed. When I got turned around I followed the direction they had gone. I then heard Sgt. Camp call over the radio that he was conducting a traffic stop on the vehicle. He then radioed that Jenkins had jumped out of the car and ran into the woods.

When I got to Sgt. Camp he was getting Austin out of the driver’s seat of the car, so I ran into the woods after Brady. When I was making my way down the hill into the woods, Sgt. Camp advised me he was wearing a backpack. I could see where Brady had run down the hill because the leaves were dry where they had been turned over from him running. I followed the leaves to the bottom of the hill. I yelled telling Brady to come out because I had a dog on the way.

I then started looking around and observed Brady lying on the ground behind a tree with his face down trying to hide from me. When I shined my flashlight on him I told him to not move. Brady then started to get up and I told him if he moved I would taze him, when I did he then laid back down and I ordered him to put his hands behind his back. He told me that he couldn’t breathe, so I told him to “put his hands behind his back and we would deal with that in a minute.”

I then approached Brady and placed him in handcuffs behind his back, checking them for fit, and double locking them. Brady then told me he had dope on him and a Syringe in his back pocket. I told him I would search his person when I got him back up to the roadway. I asked him where the backpack was that he had. He said he didn’t know. I observed the backpack to my right in a drainage ditch with one of Brady’s boots. I escorted Brady to the backpack and let him put his boot back on. I then escorted him up the hill to my patrol car.

While I was escorting Brady up the hill he advised me he had just ate ten and a half grams of Methamphetamine that was laced with fentanyl while he was hiding. When I got to my patrol car I searched Brady and didn’t find the syringe he said he had. I found a baggie of what appeared to be Methamphetamine, a torch lighter, black pocket knife, and a black bandanna. Brady advised me to wear gloves beacuse the Methamphetamine was laced with Fentanyl. I finished searching Brady and placed him in the back seat of my patrol car.

Deputy Robinson #534 then transported Austin to the Gilmer County Adult Detention Center. Brady told Sgt. Camp and I that he wanted to talk to Sergeant Kirk Champion because he could give him some big time drug dealers in the area if we didn’t charge him with the aggravated assault, which we had not mentioned to him. He told us he had to have his phone to get the names out of it and his cell phone was at [REDACTED]’s house on Whispering Winds Lane. I advised Dispatch we would be en-route to [REDACTED]’s residence to get his phone.

While on the way to the residence Brady asked me if I thought Austin really beat that dude up. I had not mentioned anyone being attacked. When we got there I sat in my patrol car with Brady while Sgt. Camp went in to get his phone. Once he got his phone I transported Brady to Piedmont Hospital in Ellijay to have him medically cleared to go to the detention center due to him telling us he had ate the large amount of Methamphetamine. Deputy J. Ledford 531 came to the hospital to relieve me so that I could log and place the evidence into the evidence locker.

I met with [VICTIM #1] at the begging of Creekside Drive and Roundtop Road at approximately 9:00pm. I took pictures of [VICTIM #1]’s injuries from the previous home invasion at [2100 BLOCK] Roundtop Road because the bruising would be more visible due to it being four days after the incident. While talking to [VICTIM #1], I had him fill out a witness statement form, since his hand was hurting the night of the incident and collected it. I also asked [VICTIM #1] if he had been to the hospital or doctor to get his injuries checked and he said he had not.

While talking to [VICTIM #1], I asked him to walk me through what happened the night he was attacked again. [VICTIM #1] said he was in his camper when Austin Potts and Brady Jenkins opened the door coming inside without his permission. He said Austin Hit him first in the face and when he did he fell to the floor. He said when he hit the floor he covered his head to protect it. He said when he was in the floor they both started stomping and kicking him in the chest, ribs and head.

He said before they left his camper they threw two of his TV’s and one DVD player out onto the ground in the rain. I remembered him showing me the TV’s laying just inside the door of the camper with mud on them the night he was attacked. I then told [VICTIM #1] that Brady and Austin were in jail for what they had done. I will be getting a search warrant for Brady Jenkins and Austin Potts boots for evidence because they were used as the weapon during the home invasion.