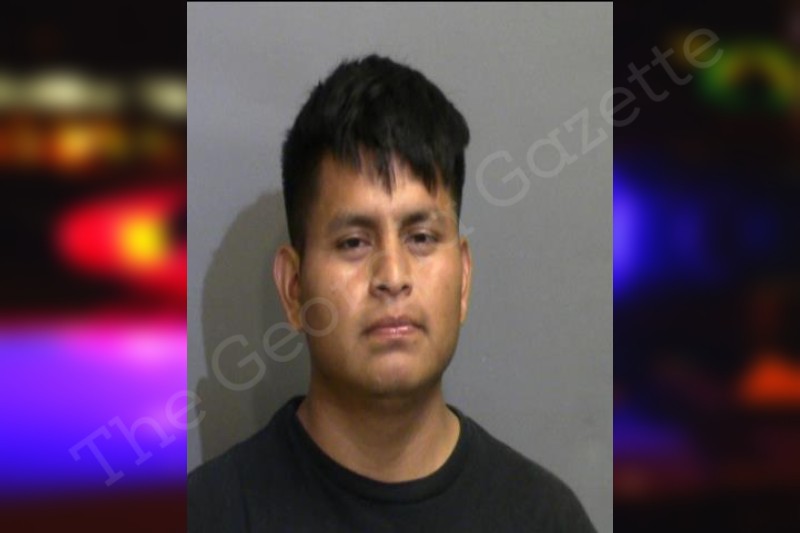 On the above date, dispatch announced over the radio that they were on the phone with a concerned citizen about a Red in color Dodge Ram, license plate of [REDACTED BY AGENCY] that was traveling down Old Jesup Rd. toward Crispen Blvd. running off of the road and about collided with other vehicles. The truck then took a right onto Crispen Blvd. and headed toward Winn-Dixie on New Jesup Hwy. Dispatch then said the truck was pulling into the Winn-Dixie parking lot.

I was patrolling the area of Winn-Dixie, when I noticed a Red in color single cab Dodge Ram 1500 pulling out of the Winn-Dixie parking lot, back onto Crispen Blvd heading East. I was able to get behind the vehicle which had the same Tag of [REDACTED BY AGENCY] I followed and observed the vehicle. I saw the truck cross over a double yellow line almost into on coming traffic.

I activated my lights and sirens and made a traffic stop on 152 Crispen Blvd; Barwick Storage. I approached the driver side and could smell the odor of alcohol coming from the vehicle. I noticed the male was Hispanic, so I asked him if he understood English and he stated, “Yes”. I asked the Driver, later identified as Carlos Gaspar, to step out of the vehicle. During this time I asked if Carlos had taken any medication or had any alcohol, to which he replied with, “NO”. I observed Carlos walking to the front of my vehicle in a staggering motion, before he sat on the front bumper of my patrol vehicle.

Ofc. C. Henley #123 was on scene and asked Carlos to blow into the PBT, which Carlos refused. Ofc. Henley then procced to test Carlos for a possible DUI. Ofc. Henley advised me that Carlos did not pass any of the test and he was under the influence (SEE SUPPLEMENT). At this time I placed Carlos Under arrest and placed his hands behind his back in double locked handcuffs. I read Carlos the Implied Consent for 21 and over, for breath, blood and urine. Carlos refused to take any of the test.

Carlos was under arrest for DUI Less Safe. I placed Carlos in the rear of my patrol vehicle, where he was then transported to to CDC and booked on Failure to Maintain, and DUI Less Safe. He was released to the booking staff without incident. All Axon video has been uploaded to evidence.com