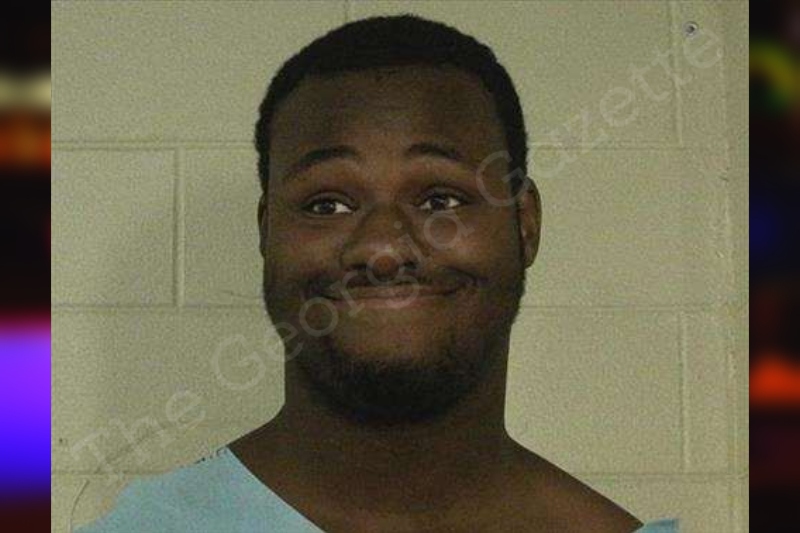 Reason(s) For Booking:
WILLFUL OBSTRUCTION OF LAW ENFORCEMENT OFFICERS BY USE OF THREATS OR VIOLENCE – FELONY

On 10/5/2022 at 0930 hours I was called to classroom #4. When I arrived I observed the class had been evacuated outside, when I entered the room; I observed Mr. [VICTIM #1], the schools crisis management specialist, and the high school teacher, Mr. [VICTIM #2], restraining student Aaron Thomas on the floor. I observed marks on the hands and arms of the teachers. I secured Aaron in handcuffs and escorted him out of the classroom and to my office.

In the office, Arron was no longer combative and was compliant and I removed the handcuffs.

I reviewed the school camera. I observed Aaron throwing his school issued computer, he then stood up and went to computer cart to grab more laptops. Mr [VICTIM #1] then restrained Arron on the floor and was assisted by Mr. [VICTIM #2]. The classroom had to be evacuated for safety.

I spoke with Mr. [VICTIM #1] and he stated that when Arron was caught on an inappropriate site he was instructed to close his school issued computer, Aaron became frustrated and threw his computer then attempted to grab more computers with the intent to break them, he then began to restrain Aaron, he stated that during the restraint Aaron made multiple attempts to scratch him.

I spoke with Mr. [VICTIM #2] who stated that he entered the classroom shortly after Mr. [VICTIM #1] and helped secure Aarons left arm, he stated that Aaron was intentionally digging his nails into his hand to scratch him.

I contacted DJJ and spoke with the intake officer Mrs. Tatyana Gamez and informed her that I will be filing a juvenile complaint against Aaron for this incident, she advised me that Aaron will not be detained but is to be released to the parent, she also advised me that Aaron is 17 and can be charged as an adult.

I contacted Mr. [REDACTED], the father of Aaron and informed him of what had happened. Mr [REDACTED] stated he will be on his way to pick up Aaron.

Aaron was told that he could not leave my office until his father arrives.

Myself and the Crisis Management specialist Mr. [VICTIM #1] attempted to secure Aaron back in handcuffs so he can be placed back in my office and he began resisting by grabbing his own wrist and trying to lay on top of his arms. I was able to secure both hands in handcuffs, while trying to secure Aaron he had scratched my right hand causing me to bleed. I observed that Mr. [VICTIM #1] had new scratches as well on his wrist and up his arm.

Due to the obstruction and new marks on the arm, hand and elbow of Mr. [VICTIM #1] and the marks on my hand, wrist and elbow, Aaron will no longer be receiving a juvenile complaint and will brought to Liberty County Jail.

I searched Aaron incident to arrest, handcuffed, checked for fit, double-locked and escorted Aaron to the rear of my patrol vehicle.

Aaron was placed in the rear caged area of my patrol vehicle, and was transported to the Liberty County Jail and released to there custody.

My vehicle was searched for contraband prior to the start of shift with no contraband being found.

Prior to leaving the jail, I searched the rear of my patrol vehicle with no contraband being found.

Warrant applications have been completed for the following charges