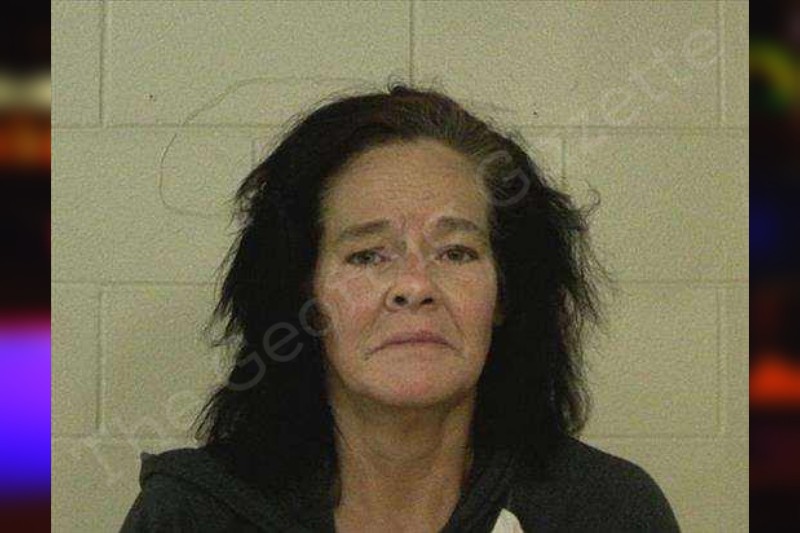 PEDESTRIAN UNDER THE INFLUENCE OF ALCOHOL OR DRUGS

I arrived on scene and made contact with the suspect Karen Martel. Martel was on the West side of Wells Rd across the street from the 10 Spot business. I’d asked her if she had been on the property and she stated she had not. The friend that was with her had walked over to Shuman’s Gas Station and purchased her a beer because she wasn’t allowed over there either. She was working on a small red wagon that appeared to have a lot of miscellaneous items in it. I cleared up and I did not witness a crime. There was no complainant on scene.

A short while later, around 2137 hours I was dispatched again to the same location. This time the victim and complainant, [VICTIM #1], was on scene. [VICTIM #1] stated several people called her to let her know that Martel was on scene digging through the trash again. She went on to explain Martel had already been criminally trespassed from the property and was currently walking down Well Rd.

I asked [VICTIM #1] if she could produce a photograph or video of Martel while she was on the property and she showed me two grainy photographs of what appeared to be a female with a wagon at the back of what she said, was the store.

Deputy Del Rio arrived on scene and I’d asked him to attempt to make contact with Martel on Well Rd or Wells Cemetery Rd. A short time later he informed me he was out with the suspect pulling the same red wagon.

I arrived on scene with Deputy Del Rio and again asked Martel if she was on the property and she continuously repeated no she was not. She was slurring her speech and spitting over herself while speaking. Martel had urinated in her pants and her shoes were on the wrong feet.

Her boyfriend, [REDACTED], arrived on scene and took possession of her belongings in the small red wagon. Deputy Del Rio placed Martel in double locked handcuffs and checked them for proper fit. I conducted a search of her person for contraband and found none. LT Barnes arrived on scene and secured Martel in the back seat of his patrol vehicle. He informed me before and after his back seat was clear of all contraband. LT Barnes turned over all custody and property to the Booking Staff.

I issued a citation for pedestrian under the influence and will draw a warrant for the criminal trespass.

A victim’s pamphlet was also provided to [VICTIM #1] explaining her rights and case number to this report.