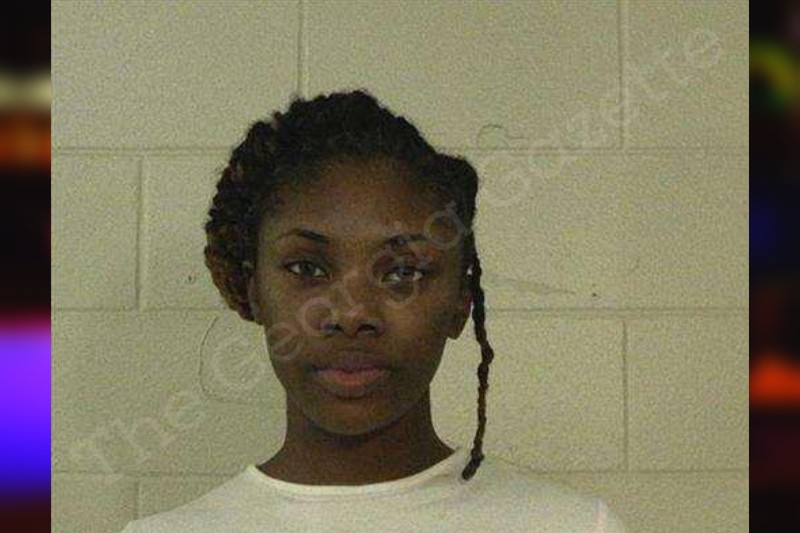 We followed the Grey Nissan Altima (GA TAG:[REDACTED]). We observed the car drive over the center line and quickly swerved across her lane, driving over the fog line. She almost drove onto the grass as we approached the stop sign at Bill Carter Rd. and Lewis Frasier Rd. The vehicle turned right onto Lewis Frasier Rd.

We approached the vehicle. As I walked to the passenger side of the vehicle, I observed the passenger Ms. Shaquita Sapp putting a yellow cup down by her foot, in an attempt to hide it next to the door. I asked her what was in the cup and she said, it was an alcoholic beverage. She stated it was hers and she was not driving, as if to imply it was okay. I explained she could not have an open container still in the vehicle. I took the cup and verified it. I could smell the odor of an alcoholic beverage emitting from the cup. I observed Ms. Sapp and the driver, Ms. Lakretia Clancy wearing yellow wrist bands, which are commonly worn by people at the local bars/clubs to verify they can drink alcohol.

Deputy Duverge asked Ms. Clancy if she had any alcoholic beverages. She explained one. I had her step out to conduct field sobriety tests. Ms. Clancy was unable to stand well as she swayed. She had to hold onto her car while speaking with me. She then leaned against my patrol vehicle push bumper as I had to stand in front of it. At first she refused doing any test, but she allowed me to conduct 2 tests. She explained she was wearing contacts, but had no other issues with her eyes. She had equal tracking and equal pupil size. She had no resting nystagmus. I could smell the odor of an alcoholic beverage emitting from her person. She had glassy, bloodshot eyes. These are my findings:

Ms. Clancy refused any further testing. I placed her under arrest for DUI in double-locked, checked for fit handcuffs. She was searched and seated in the rear of my patrol vehicle which was searched before and after transport finding no contraband. She was seat belted in. I read Ms. Clancy Implied Consent Notice for ages 21 and over for blood from my green card, to which she agreed. After a few moments in the vehicle, she asked that I re-read implied consent, to which she then refused the blood test.

Cpl Coffman deployed his K9 for a free air sniff, to which a positive alert was given. A search was conducted finding small amounts of green leafy substance (marijuana) in a cigar packet. It was dumped out on scene as it was an extremely small amount.

Ms. Clancy had Ms. Sapp call her parents to pick the vehicle up. Ms. [REDACTED] took possession of the vehicle. Ms. Clancy was transported to the Liberty County Jail and turned over to jail staff.