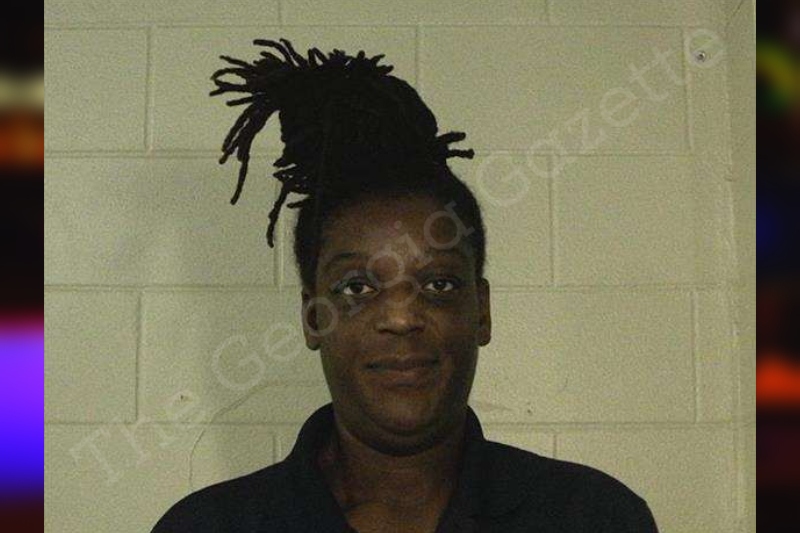 On Wednesday 09/28/2022, I was contacted by CPL Henning (956) whom was on a traffic stop. CPL Henning advised me he stopped a black Nissan Sentra (GA Tag [REDACTED]) for an expired tag. CPL Henning stated when the driver turned right from HWY 196E onto HWY 84E, 1/3 of the vehicle crossed from the #2 lane into the #1 lane. He stated when he made contacted with the driver, there was an overwhelming odor of marijuana emitting from inside the vehicle. CPL Henning advised me the driver, Ms. Latisha Finch admitting to smoking marijuana approximately 30 minutes prior to being stopped.

I approached the driver, Ms. Finch, and could immediately smell the strong odor of burnt marijuana coming from inside the vehicle and on her person. Ms. Finch would laugh while she was speaking and her eyelids appeared droopy. I asked Ms. Finch if she felt “high” and she stated yes. I asked her on a scale of 1-10 how high she was. She stated about a 7 or 8. She again verified she smoked marijuana approximately 30 minutes prior to being stopped.

I asked Ms. Finch if she would consent to Field Sobriety Evaluations at this time and she stated yes.

I asked Ms. Finch if she wore contacts or glasses and she advised she did not. I then asked if she had any injuries that would prevent her from walking, standing or turning and she stated no issues.

The second evaluation was the walk and turn. Ms. Finch was given verbal instructions and also given a demonstration. She gave a verbal “yes” stating she understood the directions. During this evaluation, I observed Ms. Finch unable to maintain the starting position, miss several heel to toe steps, conduct an improper turn, stepped off the line, stopped when walking, and use her arms for balance. (1 instructional clue and 5 walking clues. 6 total clues)

The third evaluation was the one leg stand. Ms. Finch was given verbal instructions and also given a demonstration. She gave a verbal “yes” stating she understood the instructions. During this evaluation, I observed Ms. Finch use her arms for balance, sway when balancing, and put her foot down 3 times. This evaluation was stopped after dropping her foot the 3rd time at 24 seconds. She also did not remain in the starting position. (3 clues).

I conducted the Lack of Convergence evaluations. I explained the evaluation to Ms. Finch and she stated he understood. I held my stimulus, (my finger) approximately 12 inches from her eyes. Ms. Finch was then asked if she could see the stimulus. She gave a verbal “yes”. I explained to her I wanted her to follow the stimulus with her eyes and her eyes only without moving her head. Ms. Finch’s eyes did not converge on the stimulus. Eyelid tremors and body tremors were present.

I then conducted the Modified Romberg evaluation. I explained to Ms. Finch I wanted her to put her feet together, tilt her head back, and estimate the passing of 30 seconds in her head. Once she believed 30 seconds passed, she was told to tell me to stop. Ms. Finch stated she understood the instructions. Ms. Finch advised me to stop timing at 27 seconds. I also observed severe eyelid/facial twitching and body tremors.

Ms. Finch was then placed under arrest for suspicion of DUI. She was searched, handcuffed, checked for fit, and double locked. I read Implied Consent for persons over 21 and requested blood. Ms. Finch agreed to provide a blood sample.

CPL Henning and I searched the vehicle and located a small “roach” containing a green leafy substance.

Ms. Finch contacted a family member and the vehicle was picked up.

Prior to shift and after transport, I searched the rear of my patrol vehicle with no contraband found.