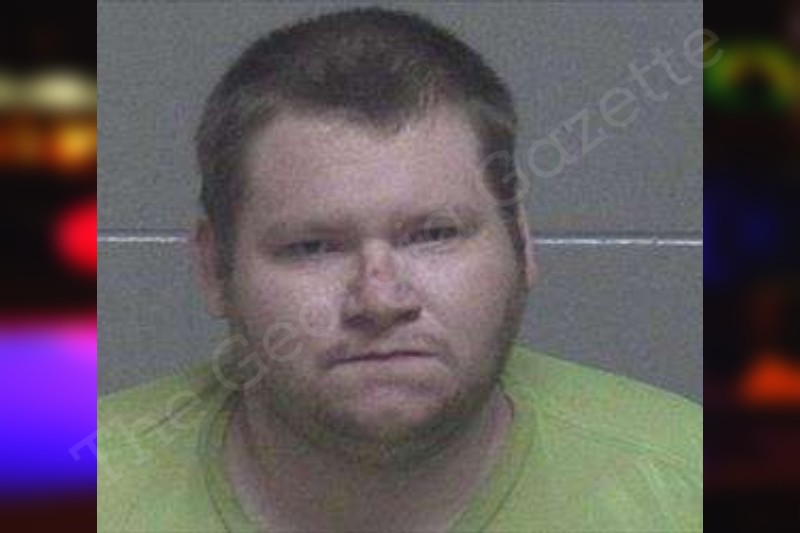 On Friday, November 4, 2022, at approximately 5:47 p.m., I, Deputy Miguel Ocon, was dispatched to [2200 BLOCK] Sandy Creek Road, Madison, Georgia, in reference to a domestic dispute that led to an arrest.

Mrs. [VICTIM #1] noticed her son was upset about moving out of the house tomorrow November 5, 2022. Sometime later during the day, Mrs. [VICTIM #1] was outside when her son Brandon stepped outside and stated he was going to “slap anyone, even if it is my mama”. Mrs. [VICTIM #1] also stated Brandon was being very verbally aggressive by using a lot of cuss words.

While I was talking to Mrs. [VICTIM #1] outside the house, I saw a heavy set white male exit the back door of the house onto the patio. Mrs. [VICTIM #1]’s brother was on scene by me when he stated “that’s him, that’s Brandon”. I saw Mr. Brandon Barnett look straight at me, square up at me from a distance, and grunt. After doing so, Mr. Barnett walked back towards the house, and slammed the back door.

I heard him slam the door as I was approaching. When I got to the door, Mr. Barnett had locked the door. I physically saw Mr. Barnett walk into a separate room on the left down the hallway and also slam that door. I asked Mrs. [VICTIM #1] if there are any weapons inside the house and she stated Mr. Barnett only has knives. Captain Brandon Sellers #806, was on scene as well as Deputy Cameron Pound #847.

A total of four separate commands were given to drop the knife. On the last command, Mr. Barnett picked up his right hand and pointed at my captain in an aggressive manner saying “you don’t fu*kin talk to me…” and I deployed my Taser. The Taser was effective and Mr. Barnett still had the knife in his left hand after the five second cycle. I then tased Mr. Barnett a second time.

Taser serial number X1200C8XH and cartridge number C4108MTYE were used by me. Mr. Barnett was placed in the back seat of my patrol vehicle. Mr. Barnett was medically cleared by E.M.S. I walked back inside the room and walked around the area with my body worn camera to clear the scene. I also located the same bat that Mr. Barnett was using outside to break the television.

I will be taking two warrants out through EZ Warrant for obstruction of law enforcement officer and reckless conduct. I also completed a use of force report per Morgan County Sheriff’s Office policy. Mrs. [VICTIM #1] was able to provide me with a written statement form by her and Mrs. [REDACTED].