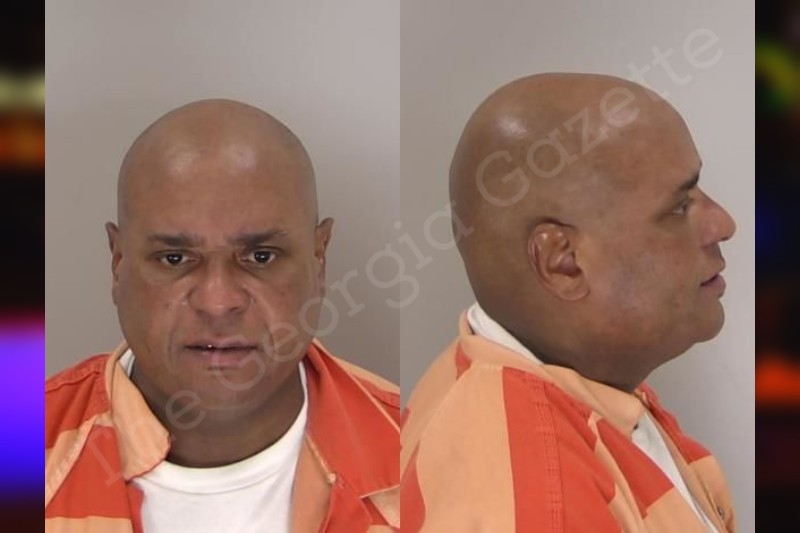 On Saturday October 1st 2022 I, Cpl Tommy Gunn, was dispatched to [3000 BLOCK] Green Forest Dr in reference to a domestic disturbance.

Upon my arrival I activated my body worn camera and spoke to [VICTIM #1] who stated that she had just left 2050 Gordon Hwy (Red Roof Inn) in reference to her boyfriend, Willie Lakes, hitting her (case 22-236504). [VICTIM #1] stated that as she was on her way home from the motel, she was stopped at the traffic light at the intersection of Deans Bridge Rd and Morgan Rd when she saw Lakes pull out of the parking lot of 3546 Deans Bridge Rd (Sprint Foods).

[VICTIM #1] stated that Lakes’ vehicle was blocking her and she was unable to move, which is when Lakes got out of his car and struck the driver-side window of her vehicle with a rock, shattering it. [VICTIM #1] stated that Lakes was cursing at her when he noticed people coming outside so he got in his car and left the scene. I observed scratches on the front bumper of [VICTIM #1]’s vehicle and a large dent in the front driver-side bumper where [VICTIM #1] indicated Lakes had hit her vehicle the second time (see attached). The driver-side window to the vehicle was shattered at the time of the call.

I went to the incident location but found no debris from the vehicles. I performed a canvas of the neighborhood and did not find any visible cameras. One witness stated that he did not see the collision, but he heard it, and when he went outside he saw Lakes break the driver-side window of [VICTIM #1]’s vehicle and curse at her. The witness stated that when he started to walk towards the altercation Lakes drove off. Everyone else I spoke to stated that they heard the altercation but did not see anything.

I attempted to make contact with Lakes at the number provided by [VICTIM #1] but was unsuccessful. I had zone 5 units respond to Lakes’ current address at the Red Roof Inn, but they did not find him (22-236572). I had zone 4 units respond to his aunt’s house at [1400 BLOCK] Ridgewood Rd (22-236597) and after searching the area they located Lakes at the Walmart (3338 Wrightsboro Rd) and took him into custody. The front end of Lakes’ vehicle had recent visible damage (see attached).